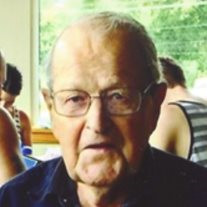 HOLYOKE- Attorney William Hassan, 85, of Holyoke and former Assistant District Atty in Hampshire County passed away unexpectedly on Sunday, January 10, 2016 at his home. He maintained a law practice in Amherst from 1963 until his retirement in 2004. He was born in Philadelphia, PA on December 7, 1930 a son of the late Kamel and Viola (Hublitz) Hassan and was educated in Amherst Schools. He was also predeceased by his step mother Margaret (Grimes) Hassan. He later attended The Cranwell School in the Berkshires before studying English at Boston College. William then graduated from WNEC School of Law. William served as an ADA in Hampshire County for several years while maintaining his general practice in Amherst. He was a member of the Serra Club at Holy Cross Church and served as president of the New England Jazz Club. He later ran First Title Inc., with his late colleague Attorney Paul Ford for many years. William had a love of music, especially jazz and was honored to have met many greats including Louis Armstrong, Duke Ellington and Johnny Hodges. He was an avid reader and enjoyed reading about U.S. military history. He was predeceased by his beloved wife, Janet (Ross) Hassan in 2005 and by a daughter, Mary Elizabeth Hassan in 1998. William was a true gentleman, dedicated husband and loving father who will be missed by his four sons and a daughter, William E. Hassan, Jr and his wife Nancy of NV; John R. Hassan and his wife Karen Mynatt of CT; Edward W. Hassan of Worcester; Daniel J. Hassan of NY and Catherine (Hassan) Desrosiers and her husband Merrill of Holyoke. His heart touched his loving grandchildren, Daniel and Matthew Hassan, Max Hassan, Joe and Mary Cate Desrosiers who will always have special memories of him. He leaves behind three brothers and a sister, Kamel Hassan and his wife Margaret of VA; Margaret Hassan of VA; Robert Hassan of Amherst; Michael Hassan and his wife Laura of Chicago and many nieces, nephews and cousins. Friends and family are invited to gather on Tuesday, January 19, 2016 from 4-7PM at Messier Funeral Home, 1944 Northampton St., Holyoke, MA 01040 for a Life Celebration. The burial will be private in St. Jerome Cemetery. In lieu of flowers memorial donations in William�s name can be made to The Holyoke Public Library, 250 Chestnut St., Holyoke, MA 01040 (www.holyokelibrary.org). Please visit www.messierfuneralhome.com for more details.

HOLYOKE- Attorney William Hassan, 85, of Holyoke and former Assistant District Atty in Hampshire County passed away unexpectedly on Sunday, January 10, 2016 at his home. He maintained a law practice in Amherst from 1963 until his retirement... View Obituary & Service Information

The family of William E Hassan created this Life Tributes page to make it easy to share your memories.

Send flowers to the Hassan family.