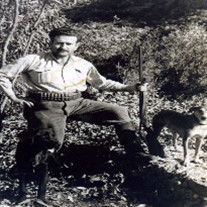 Savvas M. Dermitzakis 1928 � 2009 HOLYOKE - Savvas M. Dermitzakis, 81, died Thursday, August 13, 2009 at UMASS Medical Center in Worcester. He was born in Hania on the island of Crete, Greece on July 3, 1928 to the late Michael and Triantafilias (Mathioudaki) Dermitzakis. Savvas attended schools in Greece and graduated from high school in 1948. He owned and operated an olive oil and flour mill in Greece. He also worked for the Government of Greece. After moving to the United States, Savvas worked for the Holyoke Hospital for a short time. He was also a longtime member of the Greek Orthodox Church in Holyoke, the PanCretan Association of America and the AHEPA Association both of Springfield. Savvas was predeceased by his loving wife, Athena (Paroulakis) in 1982 after twenty-four years of marriage. He leaves to cherish his memory, his two sons, Evangelos S. and Michael S. Dermitzakis both of Holyoke; his two sisters, Akatarini Tziakis and Evanthia Daskalakis both of Hania, Greece; his three nephews, Dr. George Dermitzakis of Crete, Greece, Michael and John Dermitzakis both of Athens, Greece; his niece, Aliki Kiriakoyanakis of Hania, Greece and many extended family and friends. Savvas was also predeceased by four brothers and one sister. There are no calling hours. There will be a Cemetery Committal Service on Tuesday, August 18, 2009 at 11:00 a.m. at Forestdale Cemetery, 304 Cabot St, Holyoke, MA. Family and friends are asked to meet at the cemetery. In lieu of the flowers, memorial contributions may be made in Savvas�s memory, to the Cretan Association Minos-Crete Chapter, 35 Carew St, Springfield, MA, 01104.

The family of Savvas M. Dermitzakis created this Life Tributes page to make it easy to share your memories.

Send flowers to the Dermitzakis family.