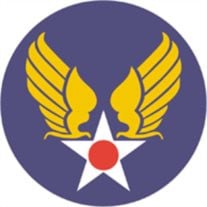 Russell L. Belisle 1921 � 2009 HOLYOKE � Russell L. Belisle, 87, died Friday, February 20, 2009 surrounded by his family and friends. Russell, the son of the late Abelard and Mary (Rigali) Belisle, was born in Holyoke on Saint Patrick�s Day in 1921. He was educated in Holyoke schools. Russell was a retired machine shop teacher at the former Holyoke Trade School and at the William J. Dean Vocational High School. He had previously worked at the Springfield Armory and General Electric before becoming a teacher. Captain Belisle served his country in WWII as a Navigator/Bombardier in the Army Air Corp serving in the Pacific Theater. He later served in the Mass ANG at Barnes Airport in Westfield. Russell was a proud member of the NARFE and the Holyoke Lodge of Elks #902. He was predeceased by his first wife, Esther (Hickson) Belisle and his brother Ronald Belisle. He is survived by his wife Angela (Morgan) Belisle; his two daughters, Sharon Griswold and her husband Chuck of Belchertown and Colleen Belisle-Raina and her husband Richard of Granby; his son Lari Belisle and his wife Cyndie of Anchorage, Alaska; his four grandsons, David and his wife Kimberly, Wesley, Stephen and Geoffrey; his two granddaughters, Jennifer and Kristen; his two great grandchildren, Tyler and Brooke; his three step-sons, David, Douglas, Daniel and his wife Lynn and his step-daughter Diane. A funeral procession will form on Thursday, February 26 at 10:15 a.m. at the Messier Funeral Home, 1944 Northampton St, Holyoke. There will be a Liturgy of Christian Burial at 11:30 a.m. at Blessed Sacrament Church, Holyoke. Burial will follow in Calvary Cemetery in Holyoke. Calling hours will be Wednesday, February 25 from 4:00 p.m. to 8:00 p.m. at the funeral home. Memorial contributions may be made in Russell�s memory, to either Blessed Sacrament Church, 1945 Northampton St, Holyoke, MA, 01040 or to the American Cancer Society, New England Division Inc., Holyoke/Chicopee Unit, P.O. Box 1909, Framingham, MA, 01701-1909.

The family of Russell L. Belisle created this Life Tributes page to make it easy to share your memories.