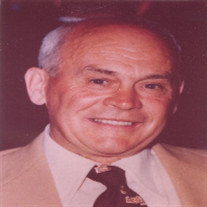 hROMUALD J. CHAPDELAINE 1921 � 2008 HOLYOKE � Mr. Romuald J. �Chappy� Chapdelaine, 87, passed away on Tuesday, July 1st at Wingate at West Springfield. He was born in St. Guilliame, PQ, Canada on January 11, 1921, the son of the late Ubald and Blandine (Brouillard) Chapdelaine and came to this country with his family at a young age. He attended Chicopee schools and proudly served in the Army Air Force, now the 8th Air Force, during WWII, having been stationed in England, France and Belgium from 1942 � 1945. Romuald was a truck driver for forty two years, retiring from the former Smith Transfer Company of Springfield and was a member of the Teamsters Retirees. He was also a member of the Chicopee Knights of Columbus Council 4044 in Fairview. He is survived by his beloved wife of sixty four years, Mildred (Ayotte) Chapdelaine, his daughter, Carol Clark of South Hadley, grandson. Brian Clark, great granddaughter Ariel Clark, and great grandson Ethan Clark, all of Loveland, Colorado. He also leaves two brothers, Florian and Camille, both of Chicopee and several nieces and nephews. He was predeceased by two brothers, Roland and Urbain, and his sister, Rose Fontaine. The funeral procession will form at 8:30am on Saturday, July 5th from the Messier Funeral Home, 1944 Northampton St. (Route 5) Holyoke, followed by a Liturgy of Christian Burial at 9:30am at Holy Cross Church. Burial will be in St. Rose de Lima Cemetery in Chicopee. Calling hours at the funeral home are Friday, July 4th from 3 � 7pm. The family would like to thank Dr. Hoyt and all the staff at Wingate at West Springfield Rehabilitation for all their kindness. Messier Funeral Home 532-5491

The family of Romuald J. Chapdelaine created this Life Tributes page to make it easy to share your memories.

Send flowers to the Chapdelaine family.