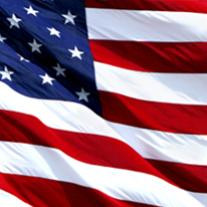 ROBERT E. KNIGHT 1953 - 2010 HOLYOKE - Robert �Bobby� E. Knight, 56, passed away on October 16, 2010 at home in Holyoke following a long, arduous and valiant struggle with cancer. He was born in Los Alamos, NM and was educated and raised in West Hartford CT. He is predeceased by his parents Rosemary (O�Leary) and Robert J. Knight, and a brother Eugene C. Knight. He is survived by his devoted siblings and their loving children: his sister, Ellen Knight Kober and her daughter Libby of Glastonbury CT; his brother, David and his partner Joseph Colagreco and their children Jason, Alessandra and Isabelle of Brookline, MA; Eugene�s daughter Katie and her mother Christine of Glastonbury CT; and his brother Michael of West Creek, NJ. He is also survived by other close family members in CT, New York and FLA. He leaves behind a legion of close and wonderful friends. Rob was devoted to his country and entered the Air Force where he served honorably during Vietnam as a Sergeant and nuclear weapons specialist and trainer both in the United States and overseas in Guam. Robert received the National Defense Service Medal and Air Force Good Conduct Medals /3. He was employed for many years by Turley Publications of Palmer/West Springfield, where he was devoted to his employers and fellow workers. Robert was a staunch Catholic and faithful member of Blessed Sacrament Church in Holyoke. He found great strength in his faith, and shared this faith with all around him. The highlight of Bobby�s life was to serve others; Sharing his zest for life and his love of people. He gave freely of his time, his incredible energy, and his many talents � to his family, his friends, and to any person in need. He was devoted to his nieces and nephew, and his friend�s children, and relished following their activities and accomplishments. Calling hours will be held Wednesday, October 27th from 5 to 8 pm at Messier Funeral Home, 1944 Northampton St.,Holyoke, MA 01040. A Mass of Christian Burial will be held on Thursday, October 28, 2010 at 10 am in Blessed Sacrament Church,1945 Northampton St, Holyoke MA. Burial will be later in the day at 2:30 PM in Cedar Hill Cemetery, 453 Fairfield Ave., Hartford CT, 06114. Contributions in Bobby�s name may be made to The D�Amour Center for Cancer Care, c/o BayState Health Foundation, 280 Chesnut St, Springfield MA 01199.

The family of Robert Knight created this Life Tributes page to make it easy to share your memories.

Send flowers to the Knight family.