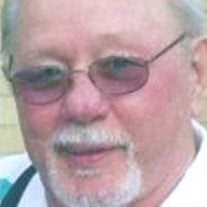 Richard A. Raymond1939-2014CHICOPEE- Richard A. Raymond, 75, passed away at Holyoke Medical Center on Thursday, May 15, 2014. Rich was born on January 10, 1939 to the late Lionel and Anna (Boulay) Raymond. He was raised in South Hadley and was a graduate of South Hadley High School, Class of 1956. Rich then served in the United States Air National Guard at Barnes Airport in Westfield. He was stationed in Germany in the early 1960�s, during the Berlin Crisis. He fondly reminisced about his visits to Paris during that time. Rich learned to play the trumpet and trombone at a very young age, and by nine years old he had his own orchestra and performed in Boston. He played in several local bands, most notably the Blue Notes and Musical Notes playing at the old Mountain Park and other local venues. He had a lifelong love of big band and polka music. Rich also co-hosted on Saturday morning Polka shows on WACE 730-am radio in Chicopee. Rich enjoyed 10 pin bowling on several leagues throughout the area and model railroading. He was a die-hard Boston Red Sox and New England Patriots fan, watching every game on TV, and enjoying several championship winning seasons. Rich is survived by his loving and devoted wife of 25 years, Barbara J. (Seeley) Raymond; five children, Ronald Makin of AZ, Lisa and Jim Nawrocki of Granby, Rich and Chris Martineau-Raymond of Chicopee, Todd Raymond of Chicopee, and Shelly Chantre of South Hadley; five step children, Duane and Cheri Shephard of Granby, Gina and Kevin Rizzo of South Hadley, Nancy Henchey of West Springfield, George and Karen Shephard of Palmer, and Paul and Stephanie Shephard of Chicopee; a sister Arlene Cellini of CA; and a brother Francis (Butch) Raymond of South Hadley. Rich also leaves 32 grandchildren; two great grandchildren; and several nieces and nephews. There will be no calling hours, and a private memorial service at the MA Veteran�s Memorial Cemetery in Agawam at a later date. Donations may be made in Rich�s memory to The Boston Strong Foundation, https://secure.onefundboston.org.

Richard A. Raymond1939-2014CHICOPEE- Richard A. Raymond, 75, passed away at Holyoke Medical Center on Thursday, May 15, 2014. Rich was born on January 10, 1939 to the late Lionel and Anna (Boulay) Raymond. He was raised in South Hadley and was... View Obituary & Service Information

The family of Richard A. Raymond created this Life Tributes page to make it easy to share your memories.

Send flowers to the Raymond family.