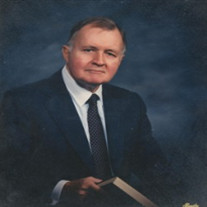 Philip O�Brien Jr., Esq. 1924 � 2008 HOLYOKE � Philip O�Brien Jr., Esq., 83, passed away on Wednesday, August 13, 2008 at Baystate Medical Center. He was born in Holyoke on September 30, 1924, to the late Judge Philip O�Brien and Helen (MacGregor) O�Brien. In addition to his home in Holyoke, Philip spent many summers at the home of his grandparents on Block Island, Rhode Island. Philip attended Holyoke High School, Deerfield Academy, Yale University and Harvard Law School. At Deerfield Academy he played on the only undefeated varsity basketball team and played football and lacrosse there as well. He interrupted his schooling at Yale to serve in the Army during World War II. He served as a medical technician with the 17th and 82nd Airborne Divisions, and saw combat duty in Western and Central Europe, crossing the Rhine River with other glider troops, where some of the heaviest fighting of the war took place near its end. He received personal decorations from the French government as well as awards from the United States, including campaign medals and a Victory Medal. After the war, he studied at the Royal Academy of Dramatic Arts in England where he was cast in the West End production of �A Bell for Adano.� He returned to Yale, where he was an Honors student and became a member of the Skull and Bones Society; Zeta Psi fraternity and the Elizabethan Club, as well as the Editor of the school newspaper, The Yale Daily News. Graduating in 1948 with a class labeled 1945W since most of its members were war veterans, he took jobs with the Holyoke Transcript-Telegram newspaper as well as the Hartford Courant before entering Harvard University Law School. He was an honor student, receiving various school awards for his academic work and received high marks in the school�s moot court competition. Upon graduation, he entered practice with his father, Philip O�Brien Sr. and maintained an office in Holyoke until his death. One of his most celebrated legal victories was O�Brien vs. Dwight, where he won arguments before the local Probate Court and then the Supreme Judicial Court in Boston. The success of his legal arguments helped establish landmark rights for beneficiaries of trusts where it appeared trust assets had been wrongfully transferred. He was very active in civic service, especially with the Holyoke Public Library Corporation, until his death. He had been a member of the board since the 1970�s and served as President in the early 1990�s. He was an avid follower of the Yale football team, attending games at the Yale Bowl in New Haven and at other venues in New England and New York for the team�s away games. Mr. O�Brien was also past President of the Colonial Ivy Association, a group of local college football fans. He was pre-deceased by his loving wife, Mary (McLaughlin) O�Brien, in 2000, after twenty seven years of marriage. A sister, Rosalie and a brother, Thomas predeceased Philip, leaving his extended family consisting of cousins, nieces and nephews. There will be a Service of Remembrance, Wednesday, August 20, at 10:00 a.m. at the Messier Funeral Home, 1944 Northampton St, Holyoke. Burial with Military Honors will follow in St. Jerome Cemetery, in Holyoke. Calling hours will be Wednesday from 8:30 a.m. until the time of the service. In lieu of flowers, memorial contributions may be made in Philip�s memory, to the Holyoke Public Library Corporation, 335 Maple St, Holyoke, Ma, 01040 or to a charity of one�s choice.

The family of Philip O'Brien created this Life Tributes page to make it easy to share your memories.

Send flowers to the O'Brien family.