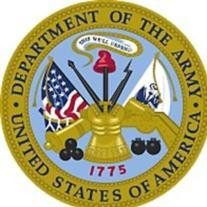 Leo W. Bacon Jr. 1918 � 2008 HOLYOKE � Leo W. Bacon Jr., 90, died Thursday, September 11, 2008, at the Soldiers� Home in Holyoke. Mr. Bacon was born in Holyoke on August 27, 1918 to the late Leo W. Sr. and Laura (Nobert) Bacon. Leo grew up in the South Holyoke and Springdale sections of Holyoke. He attended Precious Blood Elementary School and graduated from Holyoke High School. While in high school, Leo had a distinguished career as a hockey player where he and his two cousins formed �the flying Frenchmen�. Mr. Bacon served our country in the United States Army during WWII. While in the Army, Leo attained the European African Middle Eastern Campaign Medal, the American Campaign Medal, the World War II Victory Medal and the Good Conduct Medal. After his service in the military, Leo started working at the former Sinclair Int�l Paper Manufacturing Co, in Holyoke retiring as Vice President of the Company. Leo was predeceased by his loving wife, Edwina L. (Clairmont) on December 27, 1993, after fifty-two years of marriage. Mr. Bacon leaves to cherish his memory, his son, William �Bill� Bacon and his wife Lillian of Holyoke; his daughter Barbara Fernandez and her husband Angel of Westfield; his sister Isabelle Wellspeak of Clearwater, FL; his seven grandchildren, Elizabeth Mainville, Scott Bacon, Susan Martin, Christopher Fernandez, Elena Almonte, Katherine Bourassa and Daniel Fernandez; his three step-grandsons, James, John and Michael McGillicuddy and his thirteen great-grandchildren. Leo will also be sadly missed by his niece and his nephew. A funeral procession will form Monday, September 15, at 8:45 a.m. at the Messier Funeral Home, 1944 Northampton St, Holyoke. There will be a Liturgy of Christian Burial at 10:00 a.m. at Blessed Sacrament Church in Holyoke. Burial will follow in Notre Dame Cemetery in South Hadley. Calling hours will be Sunday, September 14, from 2:00 to 6:00 p.m. at the funeral home. The family would like to extend a special thank you to the staff on 4 East at the Soldiers� Home, for the wonderful care they gave to Leo and to his family. Memorial contributions, may be made in Leo�s memory, to the Soldiers� Home, 110 Cherry St, Holyoke, MA, 01040

The family of Leo W. Bacon Jr. created this Life Tributes page to make it easy to share your memories.

Send flowers to the Bacon family.