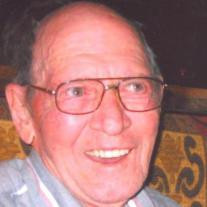 Kenneth G. Stevens 1931 � 2010 Westfield � Kenneth G. �Kenny� Stevens, 79, a fifteen year Westfield resident, formerly of Holyoke and Chicopee, passed away on Friday, May 7, at Noble Hospital. He was born in Holyoke on February 23, 1931, a son of the late Frank R. and Lydia (Berndt) Feather. He attended local schools and proudly served in the U.S. Army from 1948 to 1949. He retired as a warehouse manager from Liberty Liquors. He is survived by his wife Sally Jo (Figiel) Stevens, one son, Douglas Stevens of Holyoke, four daughters, Donna Jasinski and her husband Jack of Chicopee, Debbie Beaulieu and her husband Lenny of Belchertown, Diane Potvin and her husband Ron of Southampton, and Nancy Jafari and her husband Alex of Florida. He also leaves two sisters, Dorothy Johnson of Southampton, and Fran Racine of Holyoke. He will be sadly missed by nine grandchildren, four great grandchildren, and several nieces and nephews. He was predeceased by his first wife, Claire (Danis) Stevens on April 4, 1994 and his brother, Harry Feather. It was Kenny�s request that all services are private. Contributions in Kenny�s memory may be directed to the American Cancer Society, 30 Speen St., Framingham, MA 01701 or the charity of one�s choice.

The family of Kenneth Stevens created this Life Tributes page to make it easy to share your memories.

Send flowers to the Stevens family.