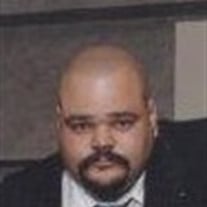 Tribute   Chicopee – Joseph Christopher Ouimet, 49, passed away peacefully on Thursday July 9, 2020 at the Holyoke Healthcare Center, just two weeks after the passing of his father, John A. Ouimet. Joseph was born in Holyoke on December 18, 1970 to Star (Provost) and the late John A. Ouimet. Joe grew up in Chicopee and attended Chicopee Schools. He held various jobs throughout his career, including a cook and bouncer at many area restaurants and hot spots. He enjoyed music and had his own band in younger years. He also had a love for animals, just like his father. He leaves his loving mother, Star Ouimet and two sisters, Denise Marek and her husband Tony and Dawn Orwat, all of Chicopee; his uncle, Roger Ouimet and his wife Anne of South Hadley, his aunts, Claudette Wischoff and her husband Ray of Holyoke and Cheryl Szumski and her husband Mick of Belchertown; nephews, Tyler, Ayden, Nicholas, Jordan and Jeremiah; great-nephew, Liam; many cousins and several dear friends over the years. Besides his father, John, he was predeceased by his two brothers, John S. Ouimet and Scott D. Ouimet and brother-in-law, Peter Orwat. Family and friends are invited to meet for a period of visitation on Tuesday July 21, 2020 from 9:30–10:30 am at the Messier Funeral Home, 1944 Northampton St., in Holyoke, followed by a 10:30 am service in the funeral home. Burial will be held in the family plot at Notre Dame Cemetery in South Hadley. Memorial donations may be made in Joe’s memory to Thomas J. O’Connor Adoption Center, 627 Cottage St. Springfield, MA 01104. Please visit www.messierfuneralhome.com to leave a condolence for the family. To send flowers to the family or plant a tree in memory of Joseph C. Ouimet, please visit our floral store.

Tribute   Chicopee &#8211; Joseph Christopher Ouimet, 49, passed away peacefully on Thursday July 9, 2020 at the Holyoke Healthcare Center, just two weeks after the passing of his father, John A. Ouimet. Joseph was born in Holyoke on December... View Obituary & Service Information

The family of Joseph C. Ouimet created this Life Tributes page to make it easy to share your memories.

Send flowers to the Ouimet family.