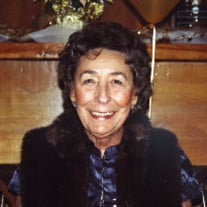 Grace E. Goehring 1926 -2010 Holyoke � Mrs. Grace E. (Wagner) Goehring, 83, passed away on Tuesday, March 16. She was born in Holyoke on December 30, 1926, a daughter of the late Edward and Erna (Pueschel) Wagner. She was a longtime Holyoke resident and former Berkshire County resident. She attended Springfield schools and was a graduate of Classical High School class of 1944, a graduate of the Oberlin Conservatory of Music class of 1948, receiving a Bachelor of Music degree, and the Springfield Conservatory of Music, receiving her Teachers Diploma. She served on the faculty of the Springfield Conservatory from 1948 until 1954, and was the organist at First Lutheran Church of Holyoke from 1950 to 1959, organist at Messiah Lutheran Church in Lynnfield, MA from 1965 to 1969, Director of Music at Zion�s Lutheran Church in Pittsfield from 1982 to 2003, and a member of the American Guild of Organists. She also was a Supervisor at Friendly Ice Cream in Pittsfield from 1973 to 1988, and a private piano teacher for her entire life. She was the wife of the late Richard C. Goehring, II, who died on January 24, 2009. She is survived by two sons, Richard C. Goehring, III and his wife Carol of St. Johnsbury, VT, David A. Goehring and his wife Lori of Winchester, MA, and a daughter, Janet A. Boyer and her husband William of Great Barrington, MA. She also leaves her sister, Linda Forsman of Longmeadow, and will be sadly missed by seven grandchildren, Gwendolyn, Shannon, Emma, Nathaniel, Alexander, Sarah, and Hope, and four great grandchildren, Justice, Kristina, Haley, and Riley. She was predeceased by her daughter, G. Elizabeth Goehring, in 1969, and two brothers, Leonard Wagner, and Richard Wagner. Friends and relatives are requested to meet at St. Peter�s Lutheran Church, 34 Jarvis Ave. in Holyoke on Saturday, March 20, for an 11am Liturgy of Christian Burial. Burial will follow in Forestdale Cemetery. Calling hours at the Messier Funeral Home, 1944 Northampton St (Route 5) Holyoke, are on Friday, March 19, from 4 to 7 pm. In lieu of flowers memorial contributions may be sent to St. Peter�s Church.

The family of Grace E. Goehring created this Life Tributes page to make it easy to share your memories.

Send flowers to the Goehring family.