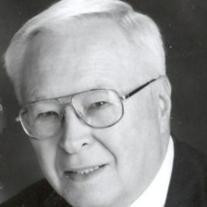 GERARD A. CANTIN 1927 � 2010 HOLYOKE � Gerard �Gerry� A. Cantin passed away at his home surrounded by his loving family, Thursday, December 30, 2010. He was born in Berlin, New Hampshire on June 10, 1927 to the late J. Alfred Cantin and Antoinette (Levasseur) Cantin. Gerry moved to Massachusetts in 1943 and was a graduate of Chicopee High School Class of 1945. Gerard was a Navy Veteran of WWII, serving in the South Pacific Theatre. He witnessed the surrender ceremony of Japan while serving in Tokyo Bay. He was a Seaman 2nd Class and received the WWII Victory Medal, American Theatre Medal and the Asiatic- Pacific Theatre Medal and was honorably discharged. He served aboard the NTC Sampson, NY\; USS Hamlin; USS St. George and the USS Curtiss. He worked at the Fisk now known as UniRoyal as a tire builder for 25 years. During his employment there he founded the Fisco Employees� Credit Union, now known as the Western Mass Federal Credit Union. He was awarded the prestigious honor of being a member of the Founders Club. After leaving Fisk in 1968 he bought the former Griffin�s Package Store now known as Cantin�s Corner in Holyoke and was the proprietor for several years. After selling his store, he was employed for several years with Big Y Liquors in Northampton, MA. Gerry served on the Board of Directors of the Holyoke Credit Union for over 40 years and was recently honored by being named Director Emeritus upon resigning due to illness in June of this year. Upon his resignation he was serving as 1st Vice Chairman of the Board. After having served on multiple committees he was honored at the recent Credit Union�s Christmas Party and was presented with a beautiful clock which read �for many decades of dedicated and unwavering service e to the Credit Union movement- Holyoke Credit Union 2010. Gerard was an active parishioner and communicant of Our Lady of Guadalupe Parish in Holyoke. For several years after his retirement, he served as an alter server and assisted the priests at funeral liturgies. He was a devoted husband, father and grandfather and truly cherished his time with his family. He will be sadly missed by all who knew him. He is survived by his loving wife of 62 years, Claire (Daviau) Cantin and his five children; David Cantin of Madrid, Spain; Dr. Denise Cantin and partner Cheryl MacDonald of Calgary, Alberta, Canada; Donald Cantin and his wife Lynda of Trumbull, CT; Daniel Cantin and his wife Carol of South Hadley and Diane Deshaies and her husband Dr. Michael Deshaies of Longmeadow, MA. Also seven grandchildren: Jeffrey and Dr. Jason Cantin, Dr. Lisa Cantin Mulryan, Stephen Cantin and Amber Cantin, Elizabeth Deshaies and Joseph Deshaies and his three great grandchildren; Parker and Corey Mulryan and Henry J. Cantin. The family extends their deepest appreciation to the staff at Renaissance Rehab Center on Cabot St., Holyoke and the Holyoke VNA and Holyoke Hospice Care for their dedicated caring support and respect that made it possible for Gerry to remain in his home. Visiting hours will be held on Tuesday, January 4, 2011 from 4-8 PM at Messier Funeral Home, 1944 Northampton St., Holyoke, MA 01040. The funeral will begin at 9:45 AM on Wednesday from Messier�s followed by a Liturgy of Christian Burial at 11 AM in Our Lady of Guadalupe Church, Maple St., Holyoke. The burial with military honor will be in St. Rose de Lima Cemetery, Chicopee. If friends desire, memorial donations in Gerry�s name can be made to a charity of one�s choice. Please visit www.messierfuneralhome.com to share pictures, stories, offer online condolences and details and directions for all services.

The family of Gerard A. Cantin created this Life Tributes page to make it easy to share your memories.

Send flowers to the Cantin family.