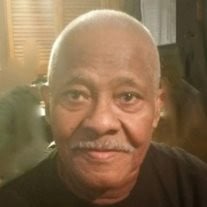 HOLYOKE- Felix �Chino� Ayala, 80, passed away peacefully on September 8th 2016 in his daughter�s home surrounded by his family. A husband, father, grandfather, great grandfather, son, brother, uncle and friend. Chino was hardworking gentleman, who was still being called into work earlier in the year; a devoted husband to his lovely wife; a warm host who would make anyone feel welcomed in his home; a kind man who always had a smile on his face. The type of man who could encounter a problem and because of his love and background of building, there was nothing he could not build, fix or make. Everyone in his neighborhood knew him and he would always help people, especially the homeless. Chino is survived by his wife and best friend Norma (Guadalupe) Ayala, his son Hector Ayala, his daughters Maritza Jimenez and Norma Rios and his many many grandchildren who some include Adam Byrd, Emily, Cyrus, Natasha, Nicolai, Giovanni and many other grandchildren and great grandchildren. He will be deeply missed by his many friends in New York City and his family. He will be taken back to New York City for his wake on Wednesday, September 14, 2016 from 3-8PM at First Avenue Funeral Services, 2242 First Avenue, New York, NY 10029. His final resting place will be in Forestdale Cemetery, Cabot Street, Holyoke, MA and the burial will be THURSDAY, September 15, 2016 at 2:30PM in HOLYOKE. Please visit www.messierfuneralhome.com for more details.

The family of Felix B. Ayala created this Life Tributes page to make it easy to share your memories.

Send flowers to the Ayala family.