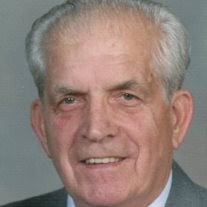 CHICOPEE- Edward Francis Brassard, 89, Holyoke�s first soldier home from the hard won Anzio beachhead passed away on Thursday, January 23, 2014 at Wingate at S. Hadley. He was born in Westbrook, ME a son of the late Eugene and Angeline (Eno) Brassard and was educated in schools in Three Rivers, Canada. He was a decorated and proud US Army veteran having served during WWII in Anzio, Italy and was a recipient of the Purple Heart. Edward was married to Ruth (Lorenz) Brassard and the couple spent 57 years together before her passing in 2004. Edward worked at Gravure Engraving from 1953 to 1985. He started as an engraver and eventually worked his way up to vice president of the company. He was predeceased by his brothers, Eugene and Paul. Edward is survived by his two sons, Robert Brassard and his wife Evelynn of Lyndeborough, NH; David Brassard and his wife Candace of Annandale, VA; 2 grandchildren; 4 great grandchildren; 3 sisters, Dolores Newman of FL; Eleanor Owens of TX; and Maureen Underdahl of MN. He also leaves several nieces, nephews, cousins, many dear friends, and his dear companion, Gladys Roy. He was a member of the DAV, American Legion Post #438 and was an avid biker, fisherman. He enjoyed golf, cards and played hockey until his 70�s. Visiting hours will be held on Wednesday, Jan., 29, 2014 from 4-7PM at Messier Funeral Home, 1944 Northampton St., Holyoke. A funeral home service will be celebrated on Thursday at 9:30AM and be followed by the burial with military honors in Forestdale Cemetery, Holyoke. Memorial donations in Edward�s name may be made to Alzheimer�s Disease Assoc., 264 Cottage St.,Spfld, Ma 01104. Please visit www.messierfuneralhome.com for more details.

CHICOPEE- Edward Francis Brassard, 89, Holyoke&#65533;s first soldier home from the hard won Anzio beachhead passed away on Thursday, January 23, 2014 at Wingate at S. Hadley. He was born in Westbrook, ME a son of the late Eugene and Angeline... View Obituary & Service Information

The family of Edward F. Brassard created this Life Tributes page to make it easy to share your memories.

Send flowers to the Brassard family.