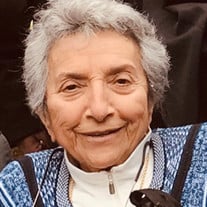 Tribute Charlotte A. Rahaim 1934 -2019 HOLYOKE- Charlotte Ann Rahaim,  Ph.D, born in Gardner, MA passed away on May 14th, 2019 at her home in Holyoke surrounded by friends and family, following a short battle kidney disease. Charlotte was predeceased by her sister Jacqueline Najimy and brother-in-law, Norman Najimy of Pittsfield.  Charlotte is survived by Beth Wilson, with whom she shared her Holyoke home, a sister Joan and her husband George Aziz of Worcester; her nieces Allyce Najimy of South Boston, Merrie Najimy of Watertown, Linda Aziz Betzig of Bolton, and Mary Aziz Bousquet of Townsend; her nephews Michael Aziz of Cambridge, George Aziz, Jr., of West Boylston, Albert Najimy of Pittsfield, and Paul Aziz of North Hampton, NH.  Charlotte also is also survived by her cousins Abdullah Rehayem of Holyoke, Youssef Fadel of Amherst, as well relatives in the US, Europe, Middle East, and Canada. Charlotte’s life was full of accomplishments dedicated to educating others. Charlotte received a Bachelor of Business Administration from the University of Massachusetts at Amherst (UMass) in 1956.  She taught in various local schools until 1959 when she travelled with her sister Jackie to Lebanon, their ancestral country, to visit their uncle Barakat Rehayem and his family, and to travel throughout the Middle East. Charlotte stayed to teach math and science at the American Community School in Beirut until 1961. Upon Charlotte’s return to the US, she earned a Master of Education degree from the Massachusetts State College at Fitchburg. She served as the Registrar at Cazenovia College where she also provided academic, admission, and job placement counseling. While at Cazenovia, Charlotte enrolled as Doctoral Candidate in the Department of Administration of Higher Education at Columbia University (Columbia) through which she received a Kellogg Fellowship at the Community College Center. Charlotte strongly believed in the value of community college education for adult students, as well as the intrinsic academic value of the knowledge and skills that adults gain in careers. From Cazenovia. Charlotte accepted employment at UMass as Assistant Dean of Admissions and Associate Director of the Office of Transfer Affairs. In that position, Charlotte worked on improving articulation agreements between community colleges and UMass. She also planned and implemented the experimental program known as the University Without Walls, through which adult students can gain college credits related to the skills and knowledge they gained through their careers in addition to attending evening classes. Charlotte continued her efforts through her next position, also at UMass, as the Special Assistant to the Chancellor for Public Affairs where, among other responsibilities, Charlotte was responsible for community relations; being a member of the Governor’s Task Force on the Massachusetts Open University; Chairperson of the Policy Board of the University Without Walls -- all efforts to meet the needs of adult learners and other non-access population.  All the while, Charlotte was completing her doctoral work at UMass, at the end of which she received a Doctor of Education and Administration of Higher Education with emphasis on Community College and non-traditional education. Charlotte’s passion and philosophy relating to adult learners did not stop with undergraduate students. In the years immediately preceding her retirement from UMass, Charlotte conceptualized, taught in, and administered an Ed.D. Program for community college professors specifically focused on providing knowledge and skills for teaching in the community college environment.  In addition to her focus on education, Charlotte was an entrepreneur and was involved in multiple ventures including providing financial counseling, and became an insurance agent specializing in long-term care.  Charlotte loved to travel: she visited not less than 42 countries around the world.  Most of all, Charlotte loved to escape the winters in the northeast by migrating to Florida where she enjoyed her social activities with friends around her. Education for Charlotte did not stop while she was alive.  She donated her body for medical research in the hope that the medical community can gain knowledge of, and curative treatment for, spinocerebellar ataxia, a genetic condition that hindered her ability to walk and maintain her balance in later life. Charlotte was still very much engaged with the world and had plenty of remaining capacity to contribute, until her illness took her away. She will be sorely missed by her friends and family.  Memorial donations in Charlottes name may be made in her honor to St. Jude Children’s Research Hospital, 262 Danny Thomas Place, Memphis, TN 38105. To send flowers to the family or plant a tree in memory of Charlotte A. Rahaim, please visit our floral store.

Tribute Charlotte A. Rahaim 1934 -2019 HOLYOKE- Charlotte Ann Rahaim,  Ph.D, born in Gardner, MA passed away on May 14th, 2019 at her home in Holyoke surrounded by friends and family, following a short battle kidney disease. Charlotte was... View Obituary & Service Information

The family of Charlotte A. Rahaim created this Life Tributes page to make it easy to share your memories.

Send flowers to the Rahaim family.