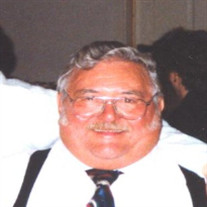 CHARLES E. MIESCH 1924 � 2009 CHICOPEE � Charles E. Miesch, 84, died on Tuesday, March 31, 2009 at MountSaint VincentCareCenter. He was born in Holyoke on May 28, 1924, a son of the late Joseph and Josephine (Bolle) Miesch. He attended local schools and proudly served in the U.S.Navy during WWII. He was a fifty five year Chicopee resident and retired as Vice President from the New England Etching Company of Holyoke after fifty years of service. He was the husband of the late Dorothy E. (Cox) Miesch who died on December 19, 2005. He was a communicant of St. Anne Church, and a lifetime member of Fairview Knights of Columbus Council 4044. He was saxophone player and longtime Holyoke Musicians union member. He enjoyed hunting, fishing, and Cape Cod, but most of all spending time with his beloved family. He is survived by two sons, Charles E. Miesch, Jr. and his wife Carol of Virginia, and George W. Miesch of Ware, and one daughter, Joanne Kurtz of Chicopee. He also leaves two brothers, George Miesch of Chicopee, and Joseph Miesch of California, and two sisters, Claire Tognolatti of Holyoke, and Karen Hoffrogge of Minnesota. He will be sadly missed by six grandchildren Matthew, Christopher, Michelle, Melissa, Wendy, and Holly, three great grandchildren, Ellana, Daniel, and Jacquline and many nieces and nephews. The funeral procession will form on Saturday, April 4 at 8:45am from the Messier Funeral Home, 1944 Northampton St. (Route 5) Holyoke, followed by a Liturgy of Christian Burial at 10am at St. Anne Church, 30 College St. in Chicopee. Burial will be in St. Rose Cemetery in South Hadley. Calling hours at the funeral home are on Friday, April 3 from 4 � 8pm. In lieu of flowers contributions in Charles memory may be directed to Shriners Hospital for Children, 516 Carew St., Springfield, MA 01104-2396.

The family of Charles E. Miesch created this Life Tributes page to make it easy to share your memories.

Send flowers to the Miesch family.